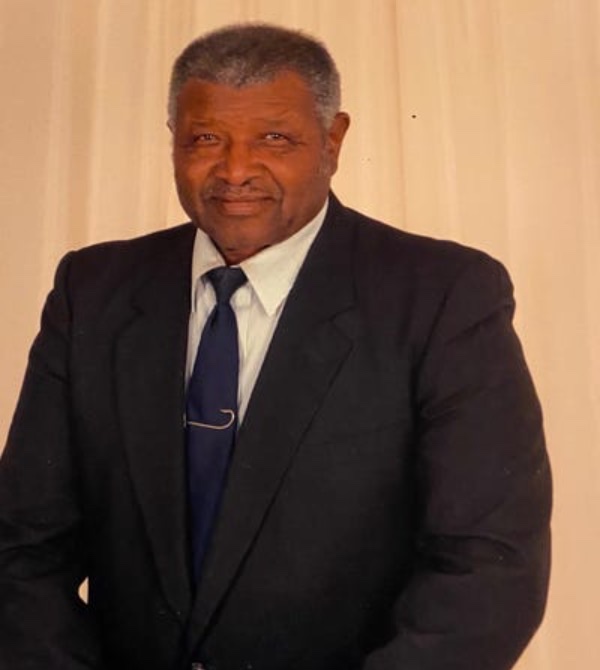 The oldest son to Birdie Brooks and James Halstied, Arnell was a leader from the beginning. He worked to assist his mother in her daily tasks and helped with the raising of his brothers. Arnell believed that ‘for much is given, much is expected.’ He accepted Christ at an early age and worked diligently to fulfill his purpose. Arnell was a graduate of Douglas High School and a life time resident of Ran, Okla.

As a young man, Arnell worked at various jobs: from manual labor on the railroad to boxing in several counties and singing in various venues throughout the state of Oklahoma. In the winter of 1952, Arnell married and from this union sprang eight children: Ramona Willis, Barbara (Tommie) DeShazer, Patsy (Willy) Anderson, Kathleen Halstied, Don Halstied, Roger (LaShon) Halstied, Denice Halstied and Rochel (Rodney) Washington. While raising his family, Arnell learned a lot about a lot: how to build a house, install plumbing, repair a car engine, and basic electrical wiring. He knew how to raise a garden and farm animals: from greens, okra, tomatoes and peas, to pigs, chickens and cows. You name it!!

Arnell believed in saving his money, something that he learned from his mother. So with seven children and a wife, Arnell learned to cook, not just anything but everything. He received his basic training from the Chinese Restaurant at Hickory. The owner taught him everything he knew about cooking and Arnell absorbed the information like a sponge. He entered cooking contests and judged a few throughout the years. Arnell received his certification as an Executive Chef and obtained employment at Lake Murray Lodge.

After working at The Lodge for a number of years, he decided to hang up his chef hat and began working for Uniroyal, now Michelin. Arnell worked at Uniroyal/Michelin in serval positions, retiring at the age of 59 as a guard for the tire plant. During this time, in the spring of 1977, Arnell married Evelyn Franklin. Besides her acquiring seven children from him, he added two from her: Oliver (Annette) Van and Andrea Chambers.

Since Arnell retired, for the last 40 years, he has been super busy. He has been on the Excise board for Love County for several years, he served on the Election Credential Committee for REA, and was the trustee for Bethel Union Missionary Baptist Church. He continued to maintain the Ran Cemetery to ensure that it remained a beautiful and peaceful place of rest.

Besides being the self-proclaimed ‘Mayor of Ran,” he was also a helpful neighbor, friend, father-figure and confidant. His favorite pass times were talking and singing. He loved to talk and communicate with anyone who was willing. He would sing at any church events or gatherings. He would call his friends and family daily just to say hello. All of his visits ‘to town’ (Marietta or Ardmore) were like social events and if you were lucky enough to be within an earshot, you learned something new. He believed that ‘your health is your wealth’ and he worked until the Lord called him home. He loved his family and his friends, and it showed.

In lieu of flowers, donations may be made to Bethel Union Missionary Baptist Church or a monetary gift to the family. The family will receive friends at the taste by Chef Rodney on Sunday, Oct. 11 from 1-5 p.m. Viewing of Arnell Halstied will be at Bethel Union Missionary Baptist Church, Ran, Love County, from 1-6 p.m. on Monday, Oct. 12. The Homegoing Celebration will be held at Ran Cemetery at 11 a.m. on Tuesday, Oct. 13, 2020. Those attending the Celebration are asked to bring a chair and wear a mask. Social distancing is reminded. Services are entrusted to the care of KIRK FUNERAL HOME.

To order memorial trees or send flowers to the family in memory of Arnell Lincoln Halstied, please visit our flower store.