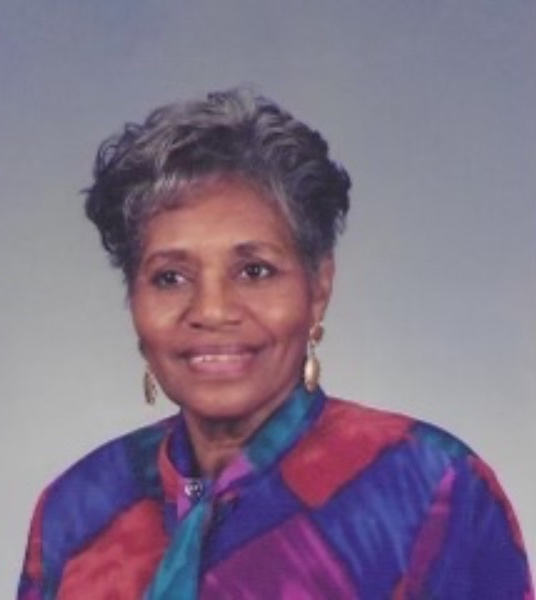 Mrs. Barbara Earl Tyler Thomas, the third daughter of Robert E Tyler and Rosa Anna Breckenridge Tyler was born September 11, 1923, in Grand Gulf, Mississippi. After the great flood in 1927, Robert and Rosa moved their young family to Vicksburg, Mississippi where Barbara graduated from Magnolia Avenue High School in May 1941. After graduation, she came to Ardmore, Oklahoma to assist her aunt Jane Gooden after the birth of her first child Jules.

She met Charles L Thomas, whom she later married on May 13, 1944. To this union four daughters were born: Rosa Louise, Leslie Juanita, Debra Ann, and Arvis Michelle. They enjoyed 53 years of marriage until Charles passing January 1998.
She was employed by Will H Smith for many years and later by Mrs. Olive Daube until the death of Mrs. Daube.

She was known as an excellent cook. Her food was not only delicious but also enticing. Her cakes were requested by many. She once said, “I had to throw out a lot of food before I got it right.”

Barbara has been a member of several social and social action clubs, including the Voguettees, the Classiques, Delta Friends, and most recently the Ladies of Action, where she held the office of treasurer for many years.

She accepted Christ as her Lord and Savior at an early age and was baptized at Mount Olive Missionary Baptist Church in Vicksburg, Mississippi. After moving to Ardmore, she joined Mt Zion Missionary Baptist Church. Later joining Warren Memorial United Methodist Church, she was active in the Wesleyan Service Guild later the United Methodist Women, Sunday School, Christian Education Superintendent, the choir, and many other committees. She was the chief cook for the Redemption Prison Ministry and a founding board member of the Gloria S Ainsworth Day Care. She served tireless as the bookkeeper/treasurer and filled in any area where she was needed whether cooking or cleaning.

Barbara always said, “I want to wear out not rust out”. She was called from labor to her heavenly home on Wednesday, December 8, 2021. She was preceded in death by her parents Robert and Rose Tyler, her sisters, Ora Lee Wooten, Lula Williams and Alice Wilson, and daughters Rosa Louise and Leslie Juanita Thomas.

To order memorial trees or send flowers to the family in memory of Mrs. Barbara Earl Thomas, please visit our flower store.