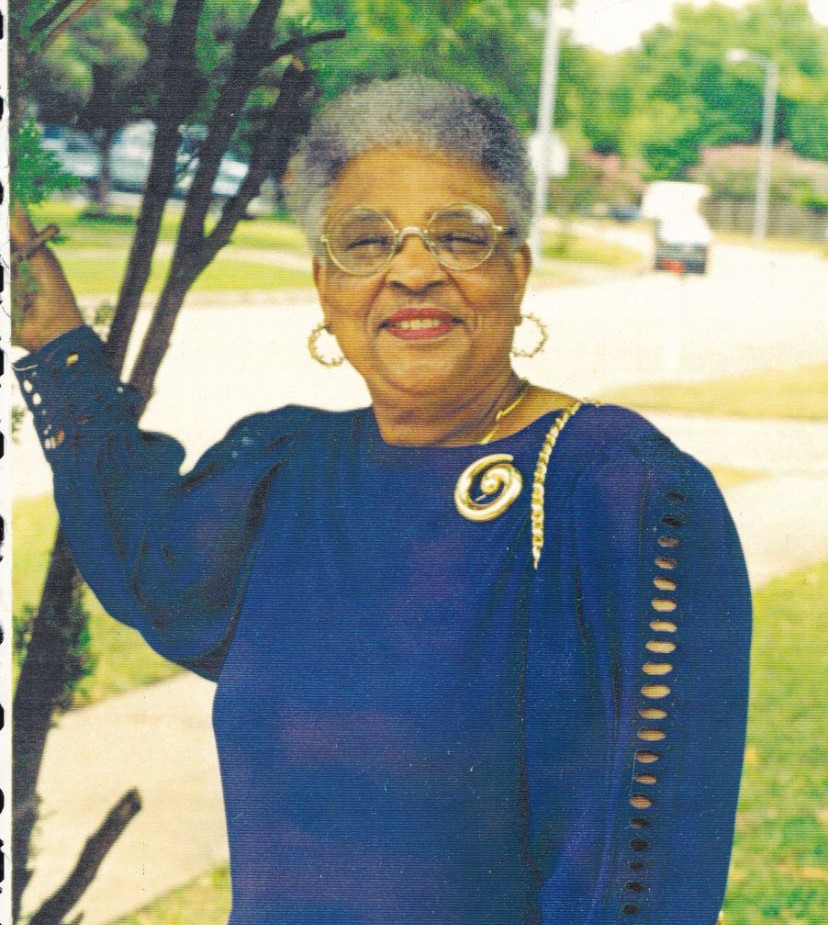 BettyE Mae Finley was born March 19, 1930, in Woodford, Oklahoma to Mamon and Susie Finley. She was the youngest of five siblings, McCurtain, Marvin, Hercules, and Willie Mae. All her siblings have preceded her in death. Being the youngest child, her parents often referred to her as "Lolipop.

BettyE grew up and attended school in Woodford until she was 12. Her parents realized that she had special talents and thought it best that for her to get an education further than what she would obtain in the 'country.' At the age of 12, Momma Susie sent her baby girl to Ardmore to live with her sister, Mentha. Auntie, as she was affectionately called, raised Bettye as her own. With the exception of going off to college, these two were never more than across the street from each other until Auntie passed in 2014.

BettyE attended Ardmore Douglass High School and graduated in 1947. Upon graduation, she enrolled at Langston University where she was a member of the famed Langston University Acappella Choir. During her senior year, a young man was attending Langston working on his teacher certification. That young man turned out to be the man she would spend the next 70 years of her life with. She graduated in 1951, with a B.S. degree in Elementary Education.

Upon her return from Langston, on July 21, 195 1, she married Charles I-I. Cox Jr. God blessed them to enjoy over 70 years of marriage. The product of this union produced one son, Frank Louis. Bettye started working at Noble Foundation and worked there 36 years, until her retirement. It was in 1970, during a weekend trip home, that Frank referred to her as "BC" and the rest is history. From that moment on, any and everybody who had contact with her called her BC.

BC accepted Jesus as her personal Savior at Mt. Olive Baptist Church, Woodford and united with First Baptist Church when she moved to Ardmore. She has been a member of First Baptist some 79 plus years. She was a member of the church choir, the "Trio" with Pauline Johnson and Geneva Grant, Women Circle #2, Deaconess, and Church Clerk.

One of the great joys of her life was when she became a Grandmother. She was Granny and that name became synonymous as BC to the younger generation. Her five grandchildren were the love of her life. She was so proud of their accomplishments. Frank Il, ordained minister; her namesake Bettye LaTrelle, medical Doctor; Fran Victoria, lawyer; Adam Lorenzo, dog whisperer; and Aaron Lorenzo athletic shoe savant. It got even better with the birth of her three great granddaughters. Journey, Haven and Blyss.

BC leaves to cherish her life and love, her beloved husband, Charles; son, Frank Louis Cox I (Vyckye); Grandchildren, Frank Louis Cox Il; Bettye Latrelle Cox; Fran Victoria Cox-Stephens (Victor); Adam Cox; and Aaron Cox; Great-Granddaughters, Journey, Haven and Blyss; her cousin that she revered as a brother, Thomas Carl Varner (Dorothy); their children Trey and Shauna; Nieces and Nephews, friends from around the globe. We all gather in concert to say Thank You Jesus for this beautiful loving woman we called "BC!"

To order memorial trees or send flowers to the family in memory of BettyE Mae Cox, please visit our flower store.