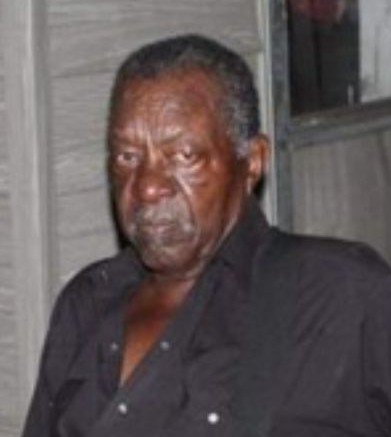 Leonard Nathaniel Stevenson was born in Tishomingo to Bennie and Estella (Thompson) Stevenson May 19, 1942. He attended Booker T. Washington and Tishomingo Public Schools. He played on the basketball team. Leonard enlisted in the United States Army June 13, 1967 and received an Honorable Discharge upon his release March 21, 1969.

Leonard was united in marriage to Almeta Johnson April 29, 1967. To this union, two children were born, Demetrice Lynn and Leonard Jr., (Pumpkin Man). Leonard Jr., preceded his dad in death on June 21, 2006. Leonard moved his residence to Madill then Ardmore but was residing in Midwest City at the time of his death.

Leonard accepted Christ at an early age, under the pastoral ship of his uncle, Elder Levi Stephenson. He later rededicated his life and united with Sunrise Baptist Church in Ardmore during the pastorate of the Rev. Steven Horn.

Leonard loved fishing with his grandmother, Molly Stevenson, and sister, Reta Cheadle. They would go early in the morning and stay until dusk; sometimes not catching anything! Leonard also loved to cook. His greens, cornbread, fried chicken and meatloaf were mouthwatering.

Leonard worked with his dad raising hogs and chickens. They slaughtered and dressed animals for others in Tishomingo and surrounding areas. Leonard later worked for the City of Marietta, W. W. Trailer of Madill, and detailed cars at a dealership in Ardmore.

Leonard met Annette Lewis and they began spending time together, enjoying each other’s company. Annette has six daughters, numerous grandchildren, and other family members whose lives Leonard was an intricate part of. The grands called him Paw Paw. Annette’s children made it possible for them to travel to family functions in and out of the state. Annette said, “Leonard kept me going, and I will truly miss the love we shared.”

Leonard was very close to his parents and siblings. He would climb the pecan trees and shake them so that his siblings could gather the pecans for the parents to pay the property taxes and home insurance. This participation was much fun for his brothers and sisters. Leonard would pay his youngest sister, Ora, to iron his khaki pants and shirts. He loved to tinker on his vehicles.

To order memorial trees or send flowers to the family in memory of Leonard Nathaniel Stevenson, please visit our flower store.
Open