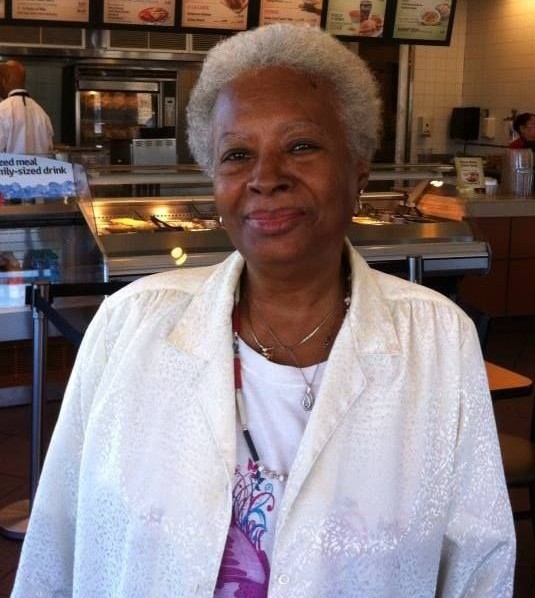 Marva was born in Indianapolis, Indiana to Robert King and Elaine “Zee” Banks- Brown on September 15th, 1944. Her grandmother “Mama Sue” played a significant role in nurturing the woman that Marva would become.
Her early years were spent in Indiana and Boley, Oklahoma. At a young age, she united with Calvary Baptist Church in Gene Autry, Okla. where her grandfather served as pastor & founder of the church. Marva initially attended high school in Indianapolis, Indiana and eventually received her GED in Ardmore, OK after bearing children. Marva met and later married Billy Ray Loftis in Ardmore. They became a blended family with Marva’s 2 oldest children fathered by Fines Ray Jordan and her 3 youngest fathered by Billy Ray Loftis. After their marriage ended 18 years later, Marva and Billy Ray remained close friends and would visit everyday. Marva was passionate about education, the next generation, and most importantly, using her wisdom to help people navigate their life problems. After years of marriage, 5 children, and numerous grandchildren, she decided it was time to continue her education. In July of 2000, Marva received her associate’s degree in science with an emphasis in counseling from Murray State College.
Marva was a housewife and stay at home mom before using her excellent people skills and sweet personality to work at Western Sizzlin as a hostess. After working as a hostess, she transitioned into childcare to work with the infants at Huggies Heroes in Ardmore. She got great joy from caring for babies and the youth. Her sweet spirit and gentle hands had a way of calming anything she touched. Marva loved her grandchildren with everything she had and spent her years pouring love, wisdom, grace, and excellence into them. She was a best friend to all.
Marva was an active member of Corinth Baptist Church where she attended for many years. She was also a member of the choir and loved to sing. She was a member of the HFV senior citizen’s club and loved to attend events with her friends. Marva loved to sew in her younger years and would often make her children’s clothes with her own hands. Marva loved cooking and often labored over delicious meals for her family to enjoy on the holidays. Her specialties were her homemade dressing, sweet potato pies, and her 7-UP pound cake. Marva loved to watch her soap operas, Young & the Restless and Bold & the Beautiful, over a cup of coffee and a twinkie to start her day. She also loved Family Feud and Wheel of Fortune so much she could’ve been a contestant. As marva aged, she developed a love for puzzles and always encouraged her houseguests to spend time finishing them with her. She loved the thrill of playing bingo, getting a lottery ticket with special numbers she picked out, and scratch offs, even if she only won $2. Marva had a zeal for life and was truly grateful for each day she was able to spend with her family. Marva would often say “Im just happy to be here”. She was deeply loved by everyone who was blessed enough to meet her.

To order memorial trees or send flowers to the family in memory of Marva Louise Loftis, please visit our flower store.