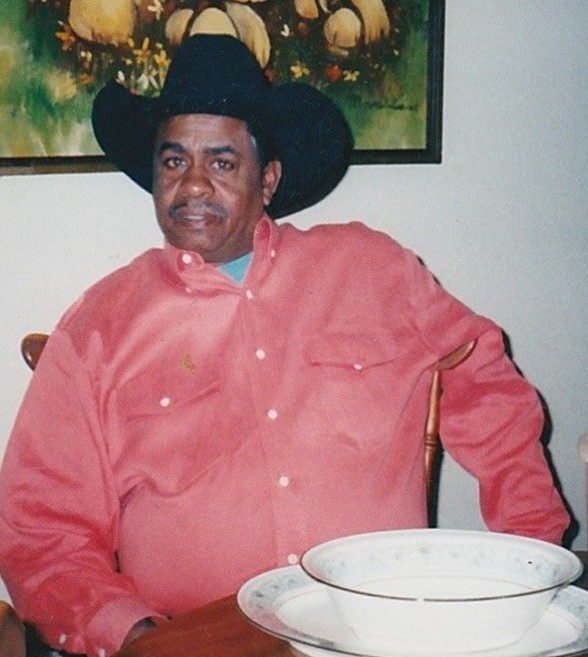 Richard (Rickie) Howard was born in Ardmore, Oklahoma just a few minutes before his twin brother, Ronnie, on January 30, 1947, to Vivian Anderson Howard and Charles Wesley Howard.  On Tuesday, March 15 he was called to his forever home with the message, “Well Done, My Faithful Servant, You Can Come On In.”

The Howard family moved from Ardmore to Gene Autry when Rickie was a young boy.  Joining Mt. Pleasant Baptist Church at an early age, he became a lifetime member.

He graduated from Berwyn High School in 1965.  He then attended Okmulgee Technical School where he met Devora Franklin, the mother of his first child, Arlandus.  In 1971, he was joined in matrimony to Sandra Gill.  They had two children, Derrick and Valerie.

Rickie rightfully earned the title of “Cowboy Rick”  as a kid by playing cowboys, riding stick horses, and shooting cap guns with his brothers, Ronnie and Van.  When he purchased his horse, Shorty Pants, he had “arrived”; he participated in and won roping contests at local rodeos.

Rickie had jobs that spanned many years including working for Stromberg Carlson and Conoco and eventually retiring from Uniroyal and Carter County Sheriff’s  Department.  He spent many, many hours taking pride in cutting the grass and cleaning the Mt. Pleasant Baptist Cemetery.

Rickie is survived by his sons, Arlandus of Ardmore, Derrick Wayne (Nina) of Norman, OK and daughter, Valerie Shawn Padgett (Lenton) Lacey, Washington; a brother, Van (Charlotte) and a sister, Laura Jenkins (Lionel),  eleven grandchildren and the love of his life, Misty.

To order memorial trees or send flowers to the family in memory of Richard ‘Rickie’ Howard, please visit our flower store.